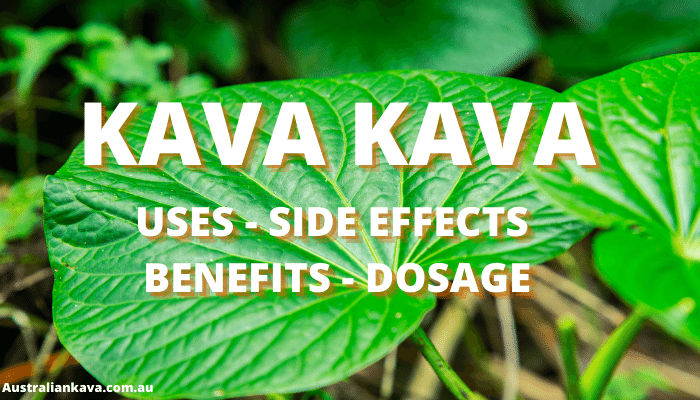 There are several intoxicating plants like kava in the Pacific Islands. Tongan and Marquesan dialects use the word kava, which means “bitter,” to refer to the plant.

Other names for the kava plant include Awa, sakau, Seka, and malok or malogu.

Note: None of the texts written in this article is a piece of medical advice. Please, contact your medical doctor before taking any kava beverage, supplement or extract. 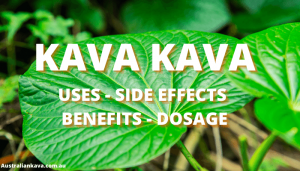 You could see people calling it kava or kava kava. Whatever name you choose to use, they are the same.

Below are what we will discuss in today’s kava article:

The Polynesian word “awa,” which signifies bitter, originates from “kava.” The central nervous system and the brain are both affected by kava.

Kava plant effects are attributed to kavalactones, which are contained in the plant.

Kava plant is a popular treatment for stress, anxiety disorder, benzodiazepine withdrawal, insomnia, and a slew of other ailments are all treated with kava.

Kava kava has been related to liver damage and, in some circumstances, death. People with liver disease should avoid kava because it can cause liver damage.

In Europe and Canada, kava was pulled off the market in the early 2000s. Nonetheless, most governments have permitted kava to return to the market after examining the facts.

In the United States, kava was never removed from the market.

A euphoric, sedative and analgesic beverage made from the kava plant’s shrub, called “Kavalactones‘ are the main compound’s active components responsible for the effects.

The “British charity Cochrane” did a study and found that kava was more likely to help with short-term anxiety than a placebo.

A “low level of health risk” is determined by the World Health Organization (WHO) for a moderate intake of kava kava in its traditional form.

Toxic effects, such as liver damage, may happen if you use kava extracts made with organic solvents or eat a lot of low-quality kava products.

Are you looking for where to buy kava in Australia?

You can buy kava in Sydney. If you want purchase kava in bulk, you can as well buy kava in wholesale in Australia.

A short history of kava kava

According to Wikipedia, Kava originated in either New Guinea or Vanuatu by seafarers. After interaction with the Austronesian Lapita civilization in eastern Polynesia, kava expanded over the rest of the island chain. Unlike other Austronesian groups, it is unique to Oceania.

While kava has made it to Hawaii, it has not yet made it to New Zealand, where it cannot grow. Many Austronesians outside of Oceania have stopped chewing betel leaves because of kava use.

Kava kava is popularly known to be very effective in treating anxiety disorders and short-term insomnia.

The link between kava and liver illness has been brought to the attention of US health experts. Impurities and chemicals have been identified in certain herbal and dietary supplement products.

It is critical to talk to your doctor or pharmacist before taking kava dietary supplement or herbal medication.

When and how to use kava pills

As instructed, consume kava dietary supplements by mouth. The recommended duration of administration for the kava herbal supplement is three months.

Kava kava is effective for the treatment of anxiety disorders. Some anti-anxiety drugs may not be as good as taking kava by mouth for at least five weeks. However, they might be just as good if you keep them for that long.

In some instances, kava may not be effective.

Other uses for kava extracts are being researched, but there isn’t enough solid evidence to say whether they will be beneficial or detrimental.

Toxicities and side effects of using kava beverages

Other symptoms that may occur using kava are dizziness, drowsiness, headache, mouth paralysis, and impaired vision.

If you experience easy bleeding or bruising, weight loss or red/pink urine due to kava beverage or kava supplement consumption, you need to see your doctor immediately.

Long-term kava usage may result in inflamed eyes, dry/scaly skin, or yellowing hair, skin, and nails (or all three).

These effects caused by long-term kava usage are reversible when consumption is discontinued. You should know that hepatitis may also cause yellowing of the skin. If your eyes or skin become yellow, you should seek emergency medical help.

People who use kava products are unlikely to have a life-threatening allergic reaction such as: severe dizziness, trouble breathing, a rash, itching, or swelling.

Taking kava by mouth may pose a risk to pregnant women and breastfeeding mothers, while pregnant, taking kava may affect the uterus.

Also, some of the kava’s compounds may transfer into breast milk, posing a risk to a nursing baby. Should you not use kava? If you’ve been diagnosed with liver illness, you should avoid kava. Pregnant women are not advised to take kava.

Kava might exacerbate liver problems. People with Parkinson’s disease should avoid kava since it might worsen their symptoms.

The central nervous system is affected by kava, which is why it is used in surgery. Surgical anesthetics and other drugs may be involved more as a result. It would help if you stopped taking kava at least two weeks before your surgery.

Kava medication might cause dizziness, drowsiness, and blurred vision.

Dizziness and tiredness may occur due to drinking alcohol or smoking marijuana.

Liver disease may also be exacerbated by excessive alcohol use. If you’re using marijuana, talk to your doctor about it.

Some kava drinks include sugar and liquor. If you have diabetes, alcoholism, or liver problems, check caution before using kava.

Consult your pharmacist for advice or healthcare provider on using kava medication.

Recommended: Kava recipe: Learn how to make kava in 10 minutes

Please remember that this publication does not cover all possible medication interactions, and it’s not a piece of medical advice.

If you take medicines that interact with kava, you may be at a higher risk of experiencing severe adverse effects.

Your doctor and pharmacist will appreciate having a complete list of all the medications and herbal supplements you use, as well as their dosages, to help you make a decision.

If your doctor and pharmacist know all the medications, they’ll be able to do their jobs better.

Medication altered by the liver interacts with kava.

Kava changes how medications interact, and its interactions with other drugs often intensify the side effects. Please be cautious and contact your medical doctor if you take kava with anything.

Below are some of the medications that interact with kava abnormally:

A list of medications that interact poorly with kava can be found here and can affect how the liver breaks down this medication, raising the risk of potential liver damage.

Pumps are used to transfer drugs into and out of cells. Kava has the potential to alter the way these pumps perform and the amount of medicine that is retained in the body.

Kava interacts with medications that might affect the liver.

Certain drugs may also impair or harm the liver. The danger of liver damage increases if you take kava with a drug that harms the liver.

Interactions between Kava and Haldol

The liver handles the decomposition of haloperidol. Kava can slow the rate at which the liver breaks down this drug. If this treatment method is used, there is a chance that the effects and side effects of haloperidol will be made worse when it interacts with kava.

Kava and Ropinirole have an interaction.

The liver breaks down Ropinirole. If kava is taken with this medication, this drug may be broken down more by the liver. It may heighten Ropinirole’s effects and adverse effects.

Kava and ethanol do not mix.

It’s possible that drinking kava and alcohol together might harm the central nervous system.

Adults often take 150–400 mg of kava extract daily for two years. The best way to figure out what medicine to take and how much to take is to see a doctor.

Notes: If you’re using kava, tell your doctor about it.

Most nations still allow the use of kava beverages and kava root extracts, and kava is classified as food or a dietary supplement by government bodies.

Let’s see how kava is regulated in our country, Australia.

The National Code of Kava Management governs the kava supply in Australia. As long as it’s a kava root or dried-form kava, international travelers 18 years and above visiting Australia can carry up to 4 kg of kava in their luggage.

The kava limit for each person in Australia was set at 2 kilograms and later increased to 4 kilograms in December 2019.

The Australian Therapeutic Goods Administration recommends taking no more than 250 mg of kavalactones.

In Australia, larger amounts of kava can be imported with a permit for medicinal or research uses.

The commercial importation of kava kava began on December 1, 2021.

In the Northern Territory of Australia, kava consumption is limited to 2 kg per adult. However, kava was previously banned in the western part of Australia in the 2000s.

The Western Australian Health Department said in February 2017 that it was removing its prohibition, bringing the state “into line with other states.” Now kava is allowed in Western Australia, but it is regulated.

Many Australians believe buying kava is difficult, but it’s not. The truth is that you can buy kava in Australia without issue if you partner with us.

Buy kava from our online store at discounted price

What are Kava drinks made from?

An extract of the “Piper methysticum plant” is turned into a drink or extract called kava.

Where can you find support for Kava usage in Australia?

You can get assistance by calling any of the support lines below if you are in Australia;

For more information about kava, visit our kava blog.

More of what you love

Buying Kava in Canberra is not a difficult process. Many stores in Canberra sell Kava, and they all have different prices. The first step in buying kava in Canberra is to find a store that sells the type of Kava you want. Some stores only sell powdered or Kava...

END_OF_DOCUMENT_TOKEN_TO_BE_REPLACED

The Complete Guide to Buying Kava in Adelaide

END_OF_DOCUMENT_TOKEN_TO_BE_REPLACED

Kava is now available in Australia for the public for the first time in years. 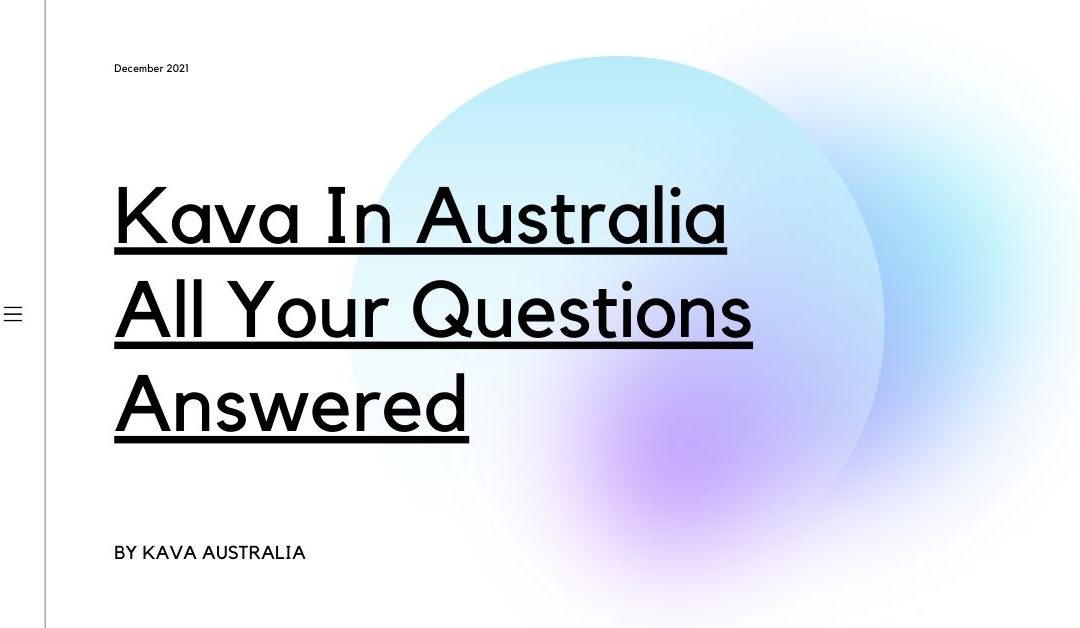 Kava in Australia – All Your Questions Answered

Can you buy Kava in Australia? Until December 1 2021, Kava was a controlled substance in Australia, and it is strictly prohibited to import, advertise, or sell it. Kava is classified as a Controlled Precursor under the Customs (Prohibited Imports) Regulations Act.... 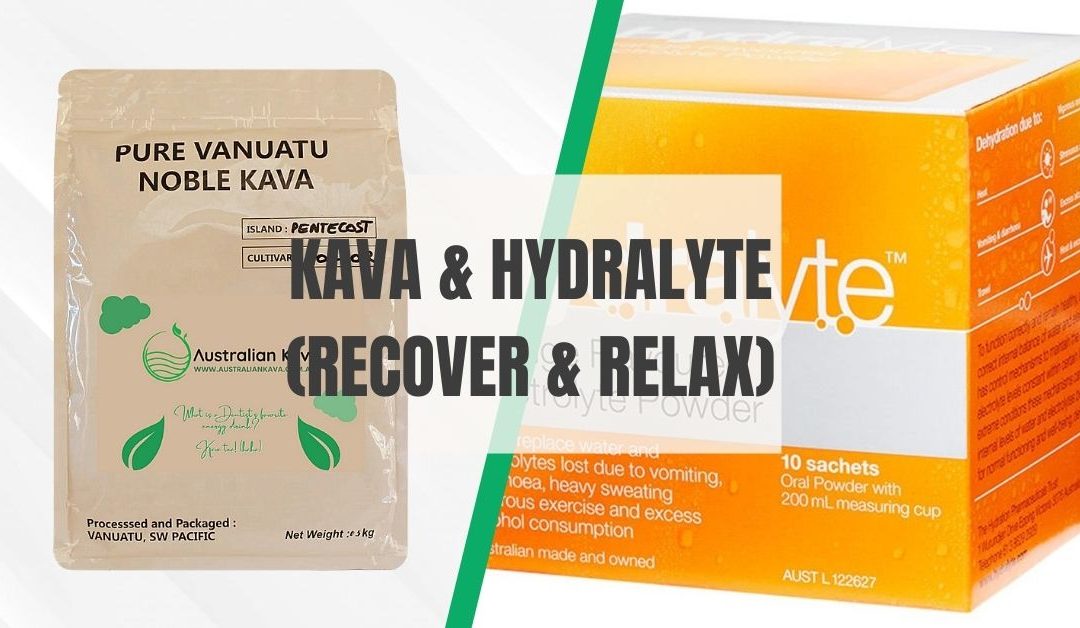 We get it, you went out last night to Rics in the Valley, sat on the smoker's deck for 8hrs vaping and have woken up feeling like a dried-out fish on the beach. Well aren't you in luck! Because we bring to you a Kava recipe to make that pain go away! What could be... 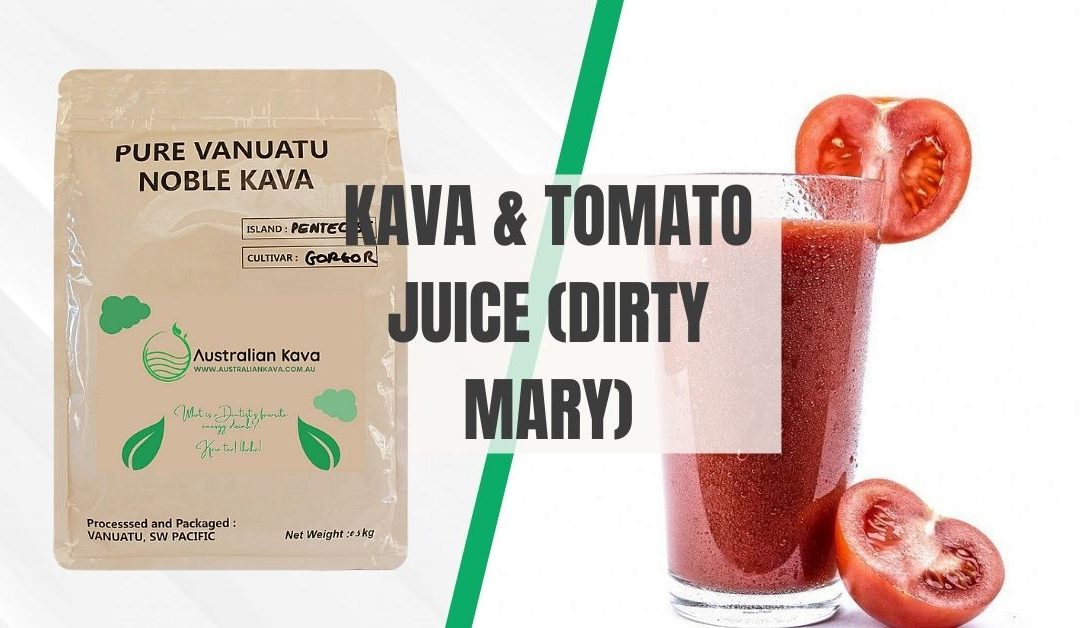 Ok, yes, it sounds disgusting. But then again so does a Bloody Mary and people love those? So why not give this Kava Recipe with Tomato Juice a shot. Mix 1 part Kava, with 3 parts Tomato juice. You might like to try a few tablespoons of Kava (say 25-50g) at first, it...